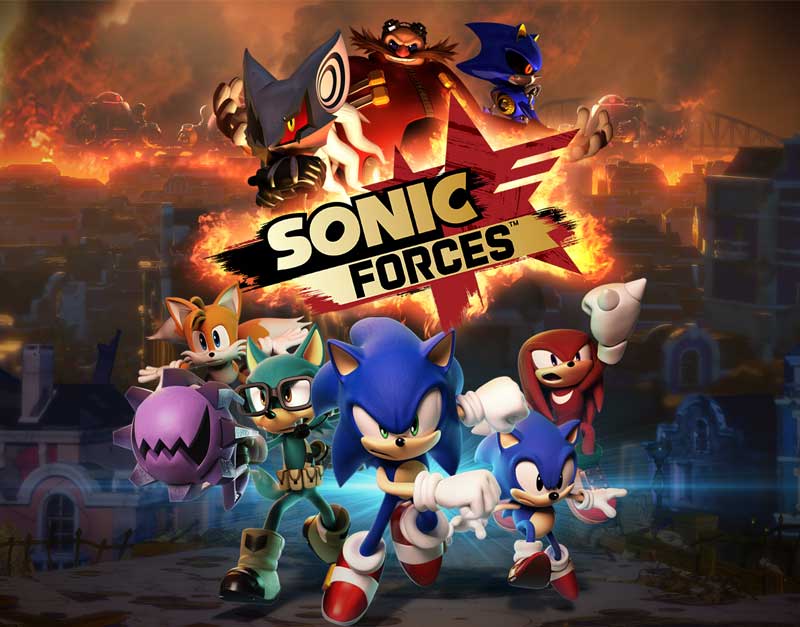 SONIC FORCES Digital Standard Edition is just as fun as any other Sonic game, but with vast improvements. In this chapter, Dr. Eggman is trying to (read more)

SONIC FORCES Digital Standard Edition is just as fun as any other Sonic game, but with vast improvements. In this chapter, Dr. Eggman is trying to conquer the world with the help of a new villain called Infinite Now. Your task is to help Sonic with building an army to free the world from Dr. Eggman and his assistant.

Players will be able to create a custom Hero character, equipping him with some cool and powerful gadgets. If they prefer old-school characters, they can choose between Modern Sonic and Classic Sonic. Another handy addition is the grappling hook, which enables players to travel through game zones quickly and efficiently.

Other well-known Sonic villains will appear as well. Besides Mr. Eggman, users will face-off Zavok, Metal Sonic, and Chaos. Once they defeat all these culprits, they will fight against the worst of them all - Infinite. On the bright side, some of your favorite heroes will help you along the way - Knuckles, Tails, as well as Amy.

This fast-paced action game is everything but boring and plain. It is full of excitement and surprises. If you were a fan of Sonic Colors and Sonic Generations, then Sonic Forces is the perfect gaming choice for you. Get your copy of SONIC FORCES Digital Standard Edition now, and help Sonic build an army to fight against all chaos and destruction that were brought on by Dr. Eggman and Infinite.